The Power of a Second Chance: Carbon Upcycling with Apoorv Sinha

Apoorv Sinha, President of Carbon Upcycling Technologies, semi-finalist for NRG COSIA Carbon XPRIZE, and 2017 TEDxYYC speaker with a vision to advance the field of carbon upcycling.

While most people like to feel engaged in their work, Apoorv Sinha takes industry passion to a whole new level. Not yet 30 years old, he’s determined to bring us into what he calls the Carbon Age with his approach to carbon upcycling, offering a tangible solution to our global emissions problem. No small feat, but for an industry leader already numbered in Alberta Oil’s Top 35 Under 35, it’s easy to believe that his impact on this industry has only begun.

Sinha came to Calgary in 2010 after completing his degree in Chemical Engineering at Atlanta’s Georgia Tech. Graduating at a time when both the housing and employment markets were declining in major US cities, he took the opportunity to move to Canada to get his start. Engineering runs in the family, and Calgary was the clear choice for Sinha to settle and begin to build his career. He began his master’s degree here in Calgary, and took on a role as a research assistant, until he joined zEroCor Tubulars Inc. in 2012. In 2014 Carbon Upcycling Technologies was created, with Sinha at the helm as President. Their team has created a technology that captures CO2, and combines it with other materials, creating commercial applications for products such as concrete, plastics, and pharmaceuticals. They’ve already successfully brought one useful product to the market, with others to follow.

Watching Sinha’s 2017 TEDxYYC talk called “Second Chance for CO2” gives us just a hint of what he may bring to the game before he’s done. Humbly referring to himself as mostly a chemical engineer, he picks up speed once he begins to speak about the idea of giving CO2 a second chance. With the work in the spotlight instead, he is a limitless source of insight and information. His thoughtful business perspective lends enormous weight to an idea that seems to be a radical, yet unusually practical, solution to carbon emissions. Imagine if greenhouses gases were no longer seen as a problem, but instead a solution that could create opportunity? 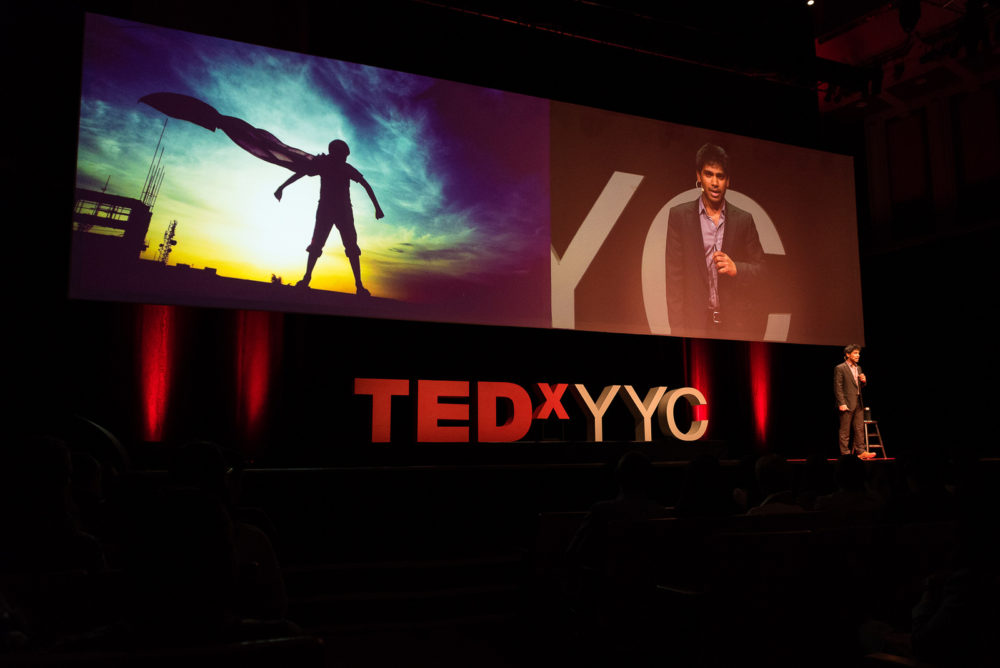 Sinha’s dedication to his field doesn’t stop at simply pushing research and technology forward. While he may hold senior positions in three corporations that innovate through technology, Sinha also serves as a Energy Futures Lab Fellow and a Member of the Alberta Clean Technology Industry Alliance Board of Directors. His connection to the work is obviously personal, and he speaks of an obligation to advance knowledge in the field through all channels available with the thoughtful reflection one expects to hear from someone much older. He works to succeed, while also serving to advance innovation simply for the impact it will have. His willingness to give all he has is most noticeable in the beginning of his TEDxYYC talk, where he relates to viewers using his own stories, even those difficult to share, in order to create the most impact on his audience. The benefits of showing up so honestly in business can be wide reaching – not only did it help Sinha reach his audience, but the feedback and reactions to his talk have been significant rewards all on their own. 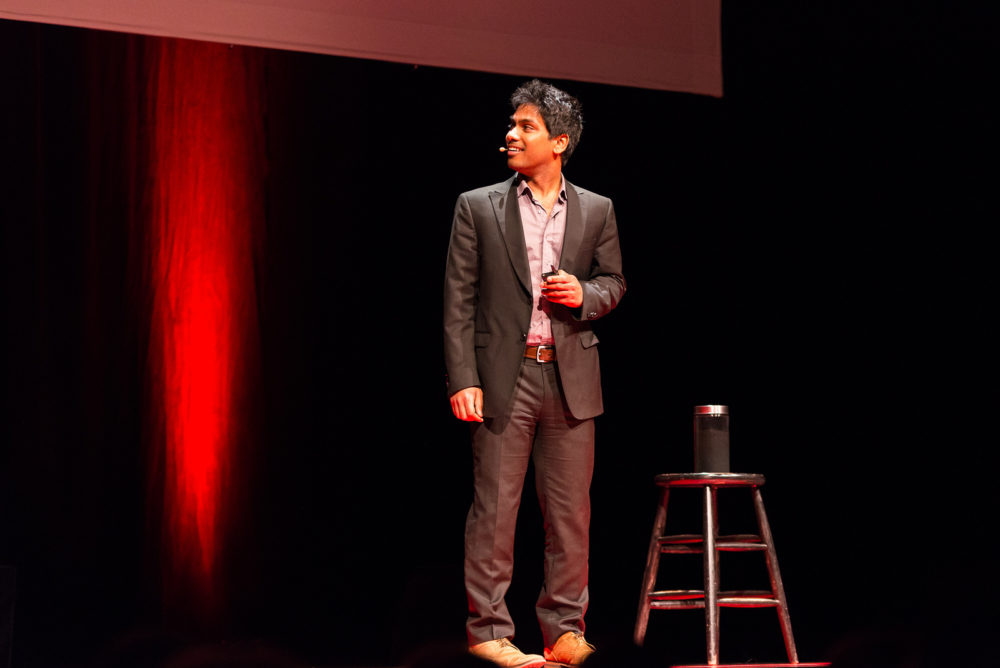 What’s new for Sinha and Carbon Upcycling Technologies since the TEDxYYC talk? They are working hard to build both the profile of their field, and advancing the work itself. A huge undertaking right now is their submission to the NRG COSIA Carbon XPRIZE competition. A total of 23 teams from six countries have moved forward into Round 2 of the competition for the $20M Carbon XPRIZE. As semi finalists, Sinha and his team are already making their mark in this tough but worthwhile journey. The Carbon XPRIZE competition endeavours to push the boundaries of CO2 utilization to create breakthrough solutions that will significantly contribute to the fight against climate change. They evaluate companies based on two main criteria:  are you making a product someone wants, and how much CO2 can you convert in the process? Sinha is noticeably proud of their ability to compete in this high level challenge and is determined to keep moving forward until ten finalists are announced in February 2018, and beyond to the final win.

Though ensuring his company keeps the commercial aspect clearly in sight, there is far more than the potential for a lucrative reward driving Sinha to compete. The hard work and investment required is worth it not just for the possibility of monetary rewards, but also to advance his field and move the needle on solving a problem faced by us all. Once again, he is working to show us what is possible when second chances are given to both ideas and people.

Sinha has visions of playing a key role in redefining how people see CO2, and advancing the field of carbon upcycling in general, more specifically with diverse applications brought to market. His aim is to create meaningful products that can find a solid footing in the commercial marketplace, and show people what all is possible in this developing field.

Bright ideas are crucial for companies to drive change in how we create and innovate as a society, but when they create marketable products, they create both revenue and longevity. That is where companies truly can make a difference. Climate change has long been discussed among individuals, groups, and governments but Sinha believes we have yet to hit the tipping point. When that shift occurs, there will be widespread effects, and the landscape will change once again. As the youngest CO2 utilization company to create commercial revenue, Carbon Upcycling Technologies seems most ready to make the shift.