Have you ever dreamed of, or imagined running a marathon? Now imagine running 250 of them. In one year.

That is just one of the many remarkable feats that Martin Parnell has accomplished. Martin shared some details of his incredible journeys, and some amazing inspiration for life from the TEDxYYC 2017 stage.

While Martin’s time on stage latest just over 16 minutes, he was eager to share with us about his whole experience at the event, which lasted a day and a half. The first day involved polishing and perfecting his talk, with the help of his talk coach. A technical rehearsal ensured that last minute issues were addressed, and that the stage was truly set for the next day’s event. The day wrapped with a ride in a Tesla, and a trip to the pub for beer – sounds like a perfect TEDx evening. 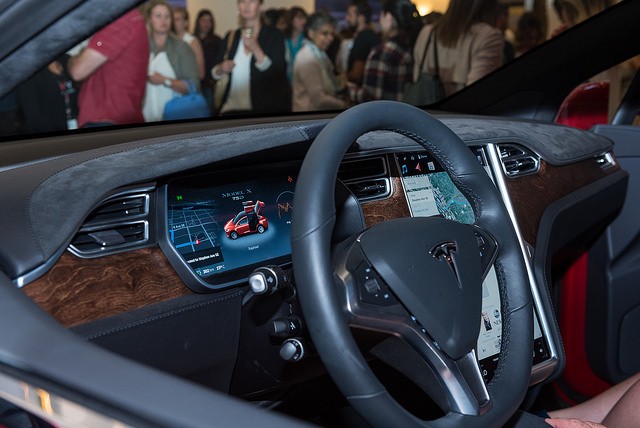 Martin admits that he didn’t sleep much the night before the event, but that didn’t stop him from enjoying early morning conversation with local youth at the student breakfast held before the main event. Remembering the nervous energy backstage, Martin noted the chats that he had with fellow speakers; watching them give their talks inspired Martin up until he took the stage.

“As the applause died down I walked on. First things first, I walked to the centre of the massive red spot and looked at the main camera. The lights prevented me from seeing anyone other than the front row, but there they were, the students I’d had breakfast with that morning. So far so good and the presentation began. 16 minutes 15 seconds later I was finished. The high point for me was when Gitti came on and I passed the baton to her. I didn’t hear the applause but I did hear Michael say something to the crowd. It was done and I had got through it. I really didn’t know if it was any good but I was just happy it was finished.

It was an honour and a pleasure to be part of this event. Everyone put in such an effort to make it a success. The production value was second to none and I just wanted to give my best. It is something I had hoped I would be part of but never thought that it would happen. The highlight was meeting a group of incredible people from speakers to volunteers to technicians to audience members who all share the belief of “Ideas worth spreading.”

Martin’s description of his time on stage and the emotions that followed are a prime example of his honesty and humility. 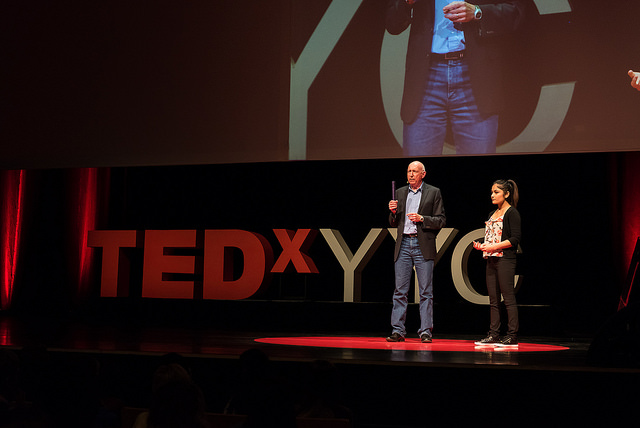 Martin admits that the reactions to his talk has been “incredible”, including this wonderful feedback:

“Your baton is going to reach hundreds of thousands of people, if not millions and your story will impact many to share their wisdom, vision and experience with others. I’ve never heard of you yet a client of mine shared your talk with me this morning and thanked me for sharing my “baton” with them. I in turn watched your talk and have shared it with my community. Such an inspiring and positive message and so timely given the tragic events that have recently happened in Edmonton and Vegas.”

Martin recently gave an interview reflecting on his TEDx experience – check it out here and stay tuned to read details on advice that Martin would give to those considering speaking at, or attending the next TEDxYYC.