The Art (and Sweat) Behind a Great TED Talk

What exactly is it that makes a TED Talk, or any live presentation for that matter, worth sitting through?

Most of us would agree that whether you’re prepping to give a 45-minute speech to 3500 dental conference attendees, or a 4-minute presentation to your undergraduate Poli-Sci class, it starts with carefully outlining your thoughts into a sensical story, deciding on your delivery method and presentation angles and going from there. But, according to TED curator Chris Anderson, it extends far beyond that into months and months of tweaking and fine tuning.

In his ‘Lessons From TED’-themed article What Makes a Killer Presentation?, published in the Harvard Business Review’s June 2013 issue, Anderson uncovers what he’s determined to be the secrets between a good talk, and the kind you find waiting in your inbox and splashed all over your twitter feed on Monday morning, with seven million views and counting.

What makes Anderson a seasoned expert on the subject? For decades, he and his organization have been coaching their illustrious roster of TED Talk-ers toward some of the best (recorded) speeches in history. The degree to which TED actually supports its speakers may be surprising to some, but less-so when when you consider how very much in the organization’s best interest it is to help facilitate the delivery of the most compelling presentations on the planet, year after year. And at the end of the day, the formula is obviously working, given that since TED Talks first began appearing online in 2006, their views top the 1 billion mark.

Anderson notes that, for the less polished and less public speaking savvy of TED Talk-ers, the process begins six to nine months before the event, and involves numerous cycles of writing and re-writing the script, rehearsing like crazy and a whole lot of feedback and adjustments along the way.

Following the development of the speech’s framework, it seems his next recommended steps couldn’t be more simple, really: practice and deliver something that your audience will thoroughly enjoy watching. But before we go making that sound too easy and under-complicated, let’s back up a step to that whole ‘developing the framework for your talk’ part.

The first step here, of course, is ensuring you have something worth talking about; something that’s totally engaging one way or another.

“When I think about compelling presentations,” said Anderson, “I think about taking an audience on a journey. A successful talk is a little miracle—people see the world differently afterward.

Find your start and end points, remain aware and respectful of what your audience already knows or doesn’t know about your subject matter, and then weave together your storytelling journey in the most fascinating, authentic, jargon-free language possible. Introduce your topic as quickly as you can, and make it your mission to clearly (and occasionally covertly) convey to the audience how and why the things you’re saying pertain to them, while finding the perfect blend of narrative and data in your words.

On to the most important part, the delivery. And, prior to that, the rehearsing. As most of us know but oftentimes procrastinate ourselves away from acting on, having any kind of presentation written and ready far in advance of its delivery date is the key to earning yourself enough rehearsal time. Which, at the end of the day, is the one element that’s going to be your biggest confidence booster, rendering you able to relax and deliver your talk, while allowing your personality to shine through, not your nerves.

Now, nervousness is generally a given for anyone who cares about giving a high quality speech. But, nervousness can also be channeled into something endearing and engaging, to the point where “the audience is hanging on (your) every word,” as Anderson sees it. How? Again, knowing your subject matter, practicing your delivery, and allowing your personality to take centre stage.

Commit to these elements like it’s your job, and you’re well on your way to a great speech – no Toastmasters training necessary. And hey, if all else fails, remember: the audience is naked.

END_OF_DOCUMENT_TOKEN_TO_BE_REPLACED 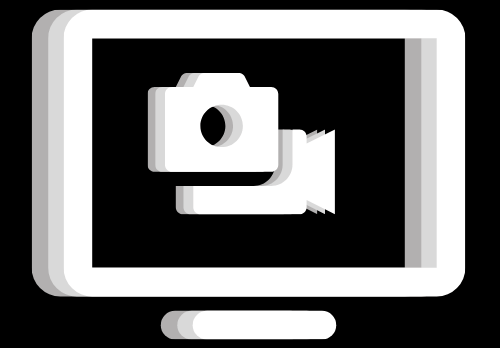